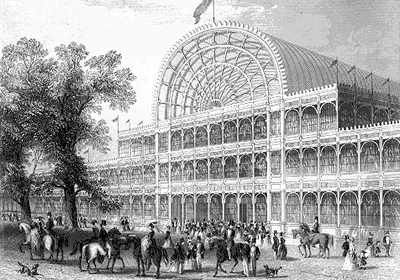 The Crystal Palace of The Great Exhibition

In order to understand the literature during the Victorian Era, one needs to have an understanding of England at that time. The era is named for England’s popular Queen Victoria who ruled for nearly 60 years.

The Victorian Era was a complex time and one of change. It was during the nineteenth century that England definitely became the Great Britain that is known today. The expansion of the British Empire was indeed worldwide. England was wealthy, yet democracy was slowly being forced upon her by industrial changes and political reforms. The problems of a growing democratic spirit in politics and the problems of social and industrial adjustment needed to be solved.

The Industrial Revolution changed England from a primarily agricultural nation to one that was primarily industrial and mercantile. Inventions such as the steam engine, the spinning jenny, and the power loom made machines replace hand labour, giving rise to mass unemployment. The factory system was introduced, and it was in this setting that Dickens grew up. London was the center of world dominance, but raw sewage flowed along its streets. Slums lined the Thames River. Employers used women and child labour at starvation wages. Children were taken from homes of greedy parents or from orphanages and “workhouses” and put to work in the factories.

Along with the Industrial Revolution, there was another revolution taking place between science and theology. Charles Darwin and Thomas Henry Huxley were upsetting the nation with their new doctrine that man evolved from earlier forms through a process of long development. Warfare began between those who believed that Man was created in a day in the image of God and given authority over the animal world, and those who believed Man evolved scientifically. 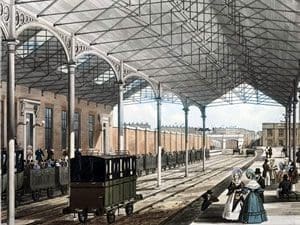 Victorian literature was another revolution, replacing the romantic literature of the past that had romanticized the upper classes. Victorian literature was written for the people. Magazines became very popular with the English people and catered to all classes of readers. The popular magazines provided an outlet for many writers who wrote their novels in month to month sections, much like a serial. Because these installments usually appeared month to month or week to week, the writer strung his story out based on its popularity with readers. The pressure of social problems tended to create a new awareness of and interest in human beings and relationships; thus, characterization became a dominant quality in literature.