The Victorian author Charles Dickens had essentially three romantic involvements in his lifetime, Maria Beadnell his first love who broke off the relationship, Catherine Hogarth who became his wife and later in life he fell for a much younger woman, Ellen Ternan.

Click on each name to read more about that person. 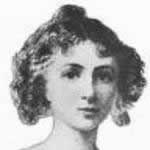 In 1830, when Charles Dickens was 17, he met his first love, Maria Beadnell. Maria was from a banker’s family, very lively in nature and slightly older than Dickens. By all accounts the romance seems to have been very passionate and Dickens was very much in love Maria although she may have she toyed with his feeling. However because of his social status and then meager income, her family disapproved and tried to dissuade Maria from carry on with Dickens.  Her father forbid the couple to see one another again later sent Maria off to France for finishing school.  When Maria returned her emotions had cooled towards Charles and in May 1833 she ended the romance. Dickens was heartbroken when she did so. 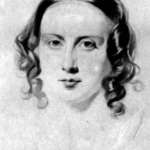 Charles Dickens met Catherine through his acquaintance with her father, George Hogarth, a fellow journalist at The Morning Chronicle. They became engaged in 1835 and were married on 2 April 1836 in St Luke’s Church, Chelsea and honeymooned in Chalk, near Chatham in Kent. They set up a home in Bloomsbury, and went on to have ten children. 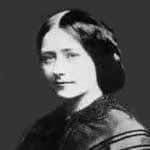 Dickens was forty-five when he met Ellen Ternan. Ternan was eighteen, only slightly older than Dickens own daughter Katey. Dickens began an affair with Ternan, but the relationship was kept secret from the general public.