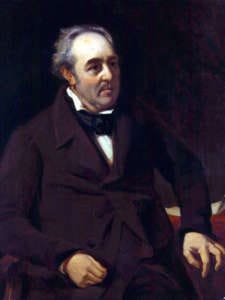 Walter Savage Landor was born on 30 January 1775 in Warwick, England, the eldest son of Dr Walter Landor, a physician, and his second wife, Elizabeth Savage. His father and mother were wealthy through inheritances and Landor, as the eldest son and heir, seems to have settled on a life based on wealth from his parents rather than living by his own means. He travelled a lot, had a number of romances and was constantly in debt. A headstrong nature and hot-headed temperament, combined with a complete contempt for authority, landed him in a great deal of trouble with both family, friends and institutions.

In 1795 Landor brought out a small volume of English and Latin verse in three books entitled The Poems of Walter Savage Landor. His reputation, however, was sealed in 1798 by the publication of Gebir, the story of a prince of Spain who falls in love with his enemy Queen Charoba of Egypt although it was originally published anonymously.

Landor continued to write including satirical pieces against the government of Pitt in The Morning Post and The Courier.

His best known works were the prose Imaginary Conversations, and the poem Rose Aylmer.

Landor met Charles Dickens in 1840 and they enjoyed each other’s company despite the age difference. Landor and Dickens were both already mutual friends with John Forster. Forster would later write Landor’s biography in 1869.

Dickens was known to have visited Landor at his home at 35, St. James’s Square in Bath.

Landor greatly admired Dickens’ works, and was especially moved by the character of Nell Trent (from The Old Curiosity Shop).

During his life, Landor was repeatedly involved in legal disputes with his neighbours whether in England or Italy and he was affectionately adapted by Dickens as Lawrence Boythorn in Bleak House, which revolves around such a dispute over a gate between Boythorn and Sir Leicester Dedlock.

He was the godfather of Dickens’s second son Walter Savage Landor Dickens, born on 8 February 1841.

In 1869, Dickens wrote an article about Landor, entitled ‘Landor’s Life’ and published in All The Year Round.

Walter Savage Landor died on 17 September 1864 in Florence, Italy, at the age of 89. He was buried in the English Cemetery, Florence, near the tomb of his friend and prominent English poet Elizabeth Barrett Browning.